In the wide range of loans offered by banks, the one on top of the list is an unsecured business loan for startups and small businesses offered by banks. You must be wondering “why not secured loans for startups?” The answer lies in obvious reasons. To start with, the majority of the time (I would go as far as to call it 9 out of 10 times) we are without property and bank balance.

No bank is ready to invest in small businesses or startups without any bank balance or property. In fact, banks are worried about taking risks and giving loans to Startups.

So, what do Startups or small businesses do? How do they fund without spending months waiting for a VC to give them a look? The answer lies with NBFCs aka Non-Banking Financial Companies, the unsecured business loan for startups. A startup or a small business can get an unsecured loan from an NBFC at different stages of business. However, I do not suggest that go to NBFCs because of the issues that plague the NBFC sector in India.

Please note – I am in no way suggesting that the loans provided by NBFCs are not good. Instead – all I am saying is that these loans are not suitable for Startups. And why is that? Let’s discuss why startups should avoid loans from NBFCs:

Banks have a lot of funds through their savings and current accounts. The cost of acquisition is lower and hence they can offer loans at lower interest rates. Further, NBFC’s may have a higher late payment and associated charges. Also, NBFC’s tend to have a higher processing fee.

As a startup in your small business, you’re not really raked in money and each of these extra or higher payments would pinch you. In my experience, you are looking at close to 18 to 22% per annum as the rate of interest for an unsecured business loan for start-up funding from an NBFC.

Now you are a new startup small business and anything in that interest range should be a red flag for you. Irrespective of how well your small business is doing, you will be saddled with debt and will be paying from your nose to repay this amount.

NBFC’s are subject to less stringent supervision and regulations. This, however, reduces the lending standards, leading to higher borrower leverage building up credit and liquidity risks.

The unsecured businesss loans from NBFC’s have increased in recent years but so have the vulnerabilities including credit risks, higher interest rates, and higher contagion rates. In times like today, when Coronavirus has bought all financial institutions to their heels. Your unsecured business loan for startup NBFCs will be the first ones to sink – thereby, putting your startup at more risk.

NBFC’s are known to be less stringent when passing loans. Although this could be a boon, it also turns out to be a disadvantage. When the supervision is minimum and the regulations are less stringent, the chances of bad loans increase drastically.

In the recent NBFC crisis, NBFCs had borrowed short-term loans from banks and mutual funds while lending to developers of long-term projects, which however got held up.

According to Live Mint, they also lent to unscrupulous developers and willful corporate defaulters indulging in round-tripping of funds and ever-greening of loans.

As cash flows dried up, NBFCs couldn’t repay their lenders. The start of the bad loans was ignited with one of the biggest companies in India – ILFS accumulating a debt of Rs.91,000 crore. With debt like that with a company like IL&FS, it only sets a bad example for the other NBFC’s. (source: https://www.livemint.com/industry/banking/the-ripple-effect-of-the-nbfc-crisis-on-the-economy-1557242882381.html)

It is also found that there is a growth in the bank advances to NBFC’s.

NBFC disburses loans without making any checks, and this is more a disadvantage than an advantage. When banks lend money to startups, they analyze every aspect and detail of your business and make various projections as to the viability of your project.

They need to be convinced as to the profitability of your small business, and only after that being done would they disburse a loan to you. Thus, if a bank passes a loan, you have a certain kind of certainty that your startup or small business is heading in the right direction, which does not exist in the case of NBFC’s.

An analysis was done by the Federal Reserve bank of San Francisco (Pacific Exchange Blog) with various findings. This rapid growth of India’s NBFC industry and its attendant vulnerabilities was highlighted by the high-profile collapse of the Infrastructure Leasing & Financial Services Limited (IL&FS) last year. The incident incurred an estimated $12.8 billion in investor losses and raised concerns about NBFCs’ financial soundness.

The firm’s heavy use of leverage—with a debt-to-equity ratio of 16.8x, as of March 2018—amplified potential risks for its investors. Many mutual funds and banks that hold IL&FS debt—roughly $13 billion in total—faced significant market losses as agencies slashed ratings for companies that were part of the IL&FS Group.

According to Credit Suisse, as of the end of 2018, bank lending to NBFCs was up 55 percent year-over-year, accounting for roughly one-fifth of all new loans, and now 7 percent of total Indian banking sector loans. Since public sectors lend to NBFCs, the exposure of some public banks to NBFCs is as high as 10-15 percent of banks’ total loan books.

In real estate and construction, non-banks have provided essential funding, over 55 percent of NBFCs’ portfolio, as of FY2018, for commercial and residential real estate combined.

NBFC’s are in the business of providing financial capital and not financial advice. Banks, on the other hand, have gone beyond the traditional roles of being finance providers and also give great financial and investment advice. They could give you a good idea of what is a good investment and what is not. Entrepreneurs are known to be the engine in the growth of the economy and this is well understood by commercial banks.

Apart from the above, banks also provide general business advisory and counseling and assist you at every stage of your small business. Besides, a lot of commercial banks also provide book-keeping services and help your business maintain its accounts. None of this exists in the case of NBFC’s.

In a case study done by the IOSR Journal of Business and Management (IOSR-JBM) on ‘The Role of Banks in the development of entrepreneurship in India’, the advantages of getting finance from banks were bought forth.

One of the objectives of the study was to know the role of banks in the development of entrepreneurship. That’s the theory part of why startups should stick to Banks and not NBFCs for loans. Let me share some past experiences of why you should not be taking loans from NBFCs:

One NBFC changed the conditions of the term loan they gave us by setting a repayment structure in which they took the majority of principal in the first year.

Their repayment structure worked in a way where you pay the highest installment in the first year and then the installment would cut drastically in the second year and it will come down a notch in the third year.

Incidentally, I was told that I must pay a flat EMI for the 3 years. When I saw the repayment structure I was furious. My first thought was “This is not what I agreed on”. I called up my agent to discuss the issue. As usual, he said he will revert to me by the end of the day. He did call me at the end of the day only to sound apologetic. He said, he left the blanks for the NBFC to fill.

These guys are good with fill in the blanks. They score a perfect 10 out of 10 in this section of the question paper. Now, I have nothing against the NBFC. They have their own rules and since they work in a high-risk environment, they are entitled to protect their interest. But the terms now imposed on me were unfair.

Let’s just keep aside my emotional outburst and think logically about why I found the terms of repayment – so draconian. I needed a loan “urgently” because I had some catastrophe to take care of. Usually, such incidents don’t just go away overnight and can take months of your business’s life.

The first few months of any small business under distress taking a loan are crucial because you are to wisely spend the money and get the business back on its feet. What I had with me was a repayment structure where I paid say 20 Rs./month for the first year. 10 Rs. /month for the next one year and 7 Rs. /month for the last year of term loan.

So basically, when I should have paid the least EMI was the year, I was paying the most EMI. The NBFC, in pursuit to cover its risk broke our back by putting terms that are beyond comprehension.

I accept the fact that I did sign the papers but that does not make me guilty. Let me ask you “How many of them have ever read every single line presented to them by a financial institution?”. You know the answer. Overall, I would personally ask you to stay away from them. However, if you fall upon bad times and urgently need a loan – you know NBFCs don’t mind turning a blind eye to an issue or two.

Here are some simple tips to help you deal with NBFC’s for business loans:

In this blog, we are going to have an overview

How to Market Your New Business | Marketing Strategy Guide

We all don’t need to be one successful marketer while

Helping companies to realize their ambitions. 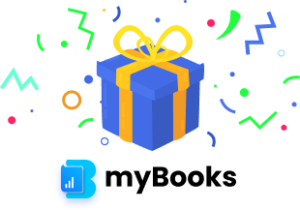